In the early days of the Coalition of Essential Schools (CES), my school, Watkinson School in Hartford, Connecticut, was in many ways the school it is today: small, vibrant, creative, and naturally inclined to see in each of its students their capacity for growth and for reaching their own version of brilliance. Founded in 1881 as a farm school in the city, the school had a way of developing authentic learning experiences that countered many of the traditions and confines of its more conventional peer schools. Watkinson has always occupied a unique place in the city; it defies easy description. Then and now, all kinds of students thrived there, and the school was defined more by its intangibles than traditional markings. Creativity, scholarship, idealism, service, and diversity were the words we used, but there was no neat equation to sum up the ways in which these beliefs, commitments, and the program that arose, coalesced. That is, until a little more than a century later, when in the mid-1980s, Watkinson recognized itself in the nine Common Principles as articulated by Theodore R. Sizer as CES established itself as a center of education innovation at Brown University. 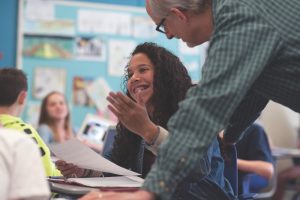 With an already established commitment to balancing strong and often dichotomous ideals like community and personalization, Watkinson aligned itself strongly with CES. The Common Principles provided an overarching vision, a superstructure that gave voice, clarity, and weight to the ideas the school held at its center since its founding. The establishment of CES as an entity with which to communicate, dialogue, and design provided Watkinson not only with a kind of philosophical “gut check,” but also with leading educational research that corroborated our beliefs, challenged our thinking, and inspired us to create a school where knowing students well not only felt right, but was essential for learning. I was a teacher at Watkinson during those years when we cemented our interpretation of the Common Principles, never going beyond the “wet clay” phase. This way, we could retain the flexibility and agency to rethink, revise, and respond to the changing needs of our students, and to the ideas that arose from newfound, deep adult collaboration.

At just over one hundred years old, Watkinson renewed its vision of what school could be for its students and teachers by diving deeply into the work of CES. We made our way to Fall Forum year after year, bringing in and taking out ideas for expressing the principles that helped shape the school as it entered its second century. We were named one of five Exemplary Independent CES Schools as we sharpened and enacted our ideas of what active learning, teacher as coach, student as worker, and unanxious expectation looked like in our school. It was exciting to work in these ways, and to be part of a collective, national vision of schooling—the conversation among friends Ted always talked about wanting us all to have and sustain.

In those days, more than 30 years ago, Watkinson experienced the synergy created by CES as an organization, which we experienced as the stability of a “home office.” Guiding the work was the dynamic conversation among and between member schools, CES, and of course, Ted and Nancy Sizer themselves. The vibrancy of the discourse that occurred in schools, through Horace, and at each November at Fall Forum provided a mechanism that helped Watkinson School to shift pedagogy and the ways in which we talked about, planned, and carried out our teaching and learning. By translating the Common Principles, we transformed our school and our teaching. By understanding what personalization and community looked and felt like in dynamic tension, and the way each of the Principles provoked us to manage the tensions they invoked in daily practice, we learned more about our students, ourselves, and how to be the school at our core. 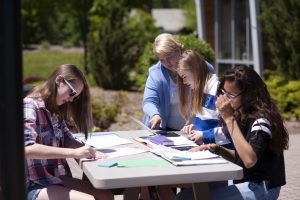 In 2014, I returned to Watkinson as Head of School after being gone for 18 years. Much has changed. Watkinson is an even more vibrant, and intellectually rigorous school. It has developed more fully as a diverse, equitable, and culturally competent place, and even has a Varsity Gardening program. Even so, the school’s character and its essential commitments have remained unchanged. Still and ever an Essential School, Watkinson has in fact redoubled its commitment to expressing the ten Common Principles, as they have become the cornerstone of “The Shape of Things to Come,” the school’s newly adopted Five-Year Plan.

The process for developing a five-year plan for the school was inclusive, involving the school’s faculty and staff, its Board of Trustees, and parents and friends of the school. After a year of intense dialogue, research, and examination, the school has formally and publicly re-asserted its commitment to being and being known as an Essential School. The ideals expressed within the ten Common Principles remain those held closely by the community.

It was not loyalty, however, that caused my school to restate the importance of the Common Principles as it looks to its future. It was not sentiment or a sense of nostalgia. Rather, it is the enduring wisdom of the Principles of Essential Schools, and the ways in which these seemingly simple tenets, so new and radical in the 1980s, have become conventional wisdom in the very best sense. Evident throughout so much recent research, including work emerging from Harvard’s Making Caring Common Project, the ideas expressed in the ten Common Principles ring truer and more relevant today than the year they were first published. These ideas push back against the co-opting of the language of school reform to mean the standardization of our students and their schooling. Timeless, urgent, and profound, the Principles are resolute and resilient foundations for our school’s next chapter.

How then, can an Essential school newly and intently focused on its future rely on a Coalition ceasing it operations, as is likely as we move past this year?

As we look to the end of the entity known as CES National, it is vitally important to remember that what’s always been most essential about CES is the work that results from taking principled action. 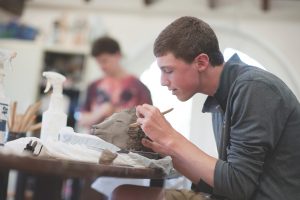 Being the leader of an Essential School is one way to acknowledge and work actively toward a vision of schooling that fundamentally respects students and their teachers and parents as allied partners in the most critical of endeavors: raising thinking children. The ideals of CES have long transcended the idea of the Coalition as a proprietary organization, however. These ideas are now all around us; they have permeated the atmosphere of thinking schools. They are in the air we breathe when we discuss the structure of a new school and the restructuring of existing ones that don’t serve students, families, or teachers. They are present when we talk about curriculum, instruction, and assessment, about advisory programs, class size, teacher load, and school culture.

Thirty years ago, schools like Watkinson looked to CES, to Ted, to Nancy, and eventually to one another for the guidance and inspiration that comes from good, smart conversation. In the space of those new ideas for the American high school came new language to house and express thoughts: demonstrations of learning, un-anxious expectation, personalized learning and less is more. Today, those ideas and that language have successfully and thoroughly infiltrated the parlance of educators and their research, made their way into conversations of schools that do not even consider themselves part of a bold or courageous transformation. The fact that there was an organization, that that organization lived in the construct of a building here, a site there, is secondary to the essential expression of what it means to think boldly and courageously about schools as places where children and adults could learn, find voice, be heard, and shape the very ideas that formed substance and structure.

Thirty years ago, we looked to CES to help us translate in order to transform. Today, the Essential work of schooling is to transcend the confines of a single organization.

For Watkinson, the codification of a five-year plan is part proclamation, part roadmap. Since its adoption in May 2016, we have begun to translate the goals articulated in the plan in ways similar to those through which we translated the Common Principles many years ago. The questions embedded in the plan point to processes that will lead to results intended to deepen our students’ ability to think clearly and to participate responsibly and intentionally in a democratic society. Like the Common Principles, the plan is a call to action for our community to reach out to educators and others in our city and beyond, in order to take up the essential questions that will make a difference in our students’ lives.

Among the greatest opportunities we have in this very particular moment is the chance to extend our inquiry by seeking out and joining forces with educators in our region and beyond, from which we can learn and work alongside. We will move forward as an unapologetically Essential School, committed to discovering who and where our people are. We will work with determination to respond to the urgent and essential questions: Who are our students, and what do they need from us, the teachers and important adults in their lives? How can we inspire and compel in them the kind of thought and action required to take their place in the world they will surely inherit? In this way, CES will continue to have an impact on schools today and in the future. 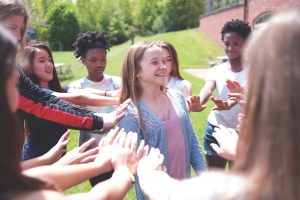 Enacting strong beliefs in the notion of schools as thoughtful places where students are known well and compelled to think clearly, communicate effectively, learn to ask good questions, and be able to transform them into even better ones, to consider the source of their information, to come to realize that they are active and vital members of a community, and that like it or not, every action they take represents a choice they’ve made—these are the moves of an Essential School, the moves we make every day without fail and even in fatigue, with or without a home office.

The transition of CES from an office—a site, a specific location—that holds, directs, binds, provides, guides, to an entity that continue to affirm ten elegant, profound, and audacious principles that have, can, and will always lead to better and better work on behalf of students, is inevitable, fine, and ultimately, right. It is now up to all of us to take up the work of transcending an organization in order to create the schools that reside in our wisest, most determined, and best selves. 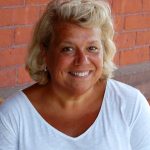 Teri Schrader is Head of School at Watkinson School in Hartford, Connecticut. Prior to her appointment in July, 2014, she served as Principal at the Francis W. Parker Charter Essential School and the Theodore R. Sizer Teachers Center in Devens, Massachusetts, where she was part of the team who designed and implemented the school’s program. Ms. Schrader is a Founding Board member and past Board President of the School Reform Initiative.
Menu
Menu