As we enter into the final 8 weeks of the school year, there are several ways we are assessing student learning, in particular how students have grown over the course of the first 75 percent of the school year in what they know and can do. One way is, of course, state standardized tests—in Georgia, the Milestones Assessment System.  These tests—mainly multiple choice “bubble tests,” with just a handful of “constructed response” questions—provide one perspective on student learning.

At Atlanta Neighborhood Charter School, we supplement what we can glean from standardized tests with what students can show us on “performance tasks.” Such tasks are built upon the skills and knowledge students have acquired and, as much as possible, they are tasks students might actually encounter some version of outside the walls of their classroom, like making an oral presentation, forming and testing a hypothesis, or analyzing a work of literature in an essay. The culmination of this work lies in the portfolio and exhibition process that comes each spring.

Together, standardized tests and these performance tasks help us to know whether students have mastered content and skills to move on to the next unit, the next grade level, to high school. They help us to live out the Coalition of Essential Schools Common Principle that says:

Teaching and learning should be documented and assessed with tools based on student performance of real tasks…Multiple forms of evidence, ranging from ongoing observation of the learner to completion of specific projects, should be used to better understand the learner’s strengths and needs, and to plan for further assistance. Students should have opportunities to exhibit their expertise before family and community…The emphasis is on the students’ demonstration that they can do important things.

In both public policy and discussion, nearly all of the attention usually gets focused on student learning as measured by standardized tests. In part, this is due to the perception that these tests are more “objective” than performance tasks and because there are many students who take them, making comparisons easier. Of course, there are plenty of limitations to both the apparent objectivity of most standardized tests and their use as markers for comparing schools, and these have been well-chronicled through the years (for one recent and very well-written example, check out the book The Test released last year by writer and NPR education reporter Anya Kamentz). Yet these bubble tests—which do hold real value as assessment tools when taken in context—continue to dominate conversations about student and school performance. But there are some signs that performance assessment tools may be more welcomed as another way of measuring what students know and can do.

The update this winter of our federal education law—known as the“Every Student Succeeds Act”—included new language that offered up more flexibility in using other, multiple assessment tools and measures in place of or in addition to a single state standardized test. The law says that “at the state’s discretion,” student achievement and growth can be measured “through a single summative assessment” or “through multiple, statewide interim assessments during the course of the academic year that result in a single summative score.” Georgia legislators took up this offer by including language in SB 364 this session that will allow districts or schools to pilot such an alternative approach to assessment.

Using a broader approach to assessments is not a new idea. Over the past few years, the state of New Hampshire had a federal waiver to implement a statewide pilot assessment system. Since 1997, The New York Performance Standards Consortium, a group of 28 schools in the state of New York have had the flexibility to use performance assessments in place of some of the state’s high school Regents exams. And as far back as 1990—way before our current craze around standardized tests—the Coalition of Essential Schools was collecting examples of many schools using exhibitions and other performance assessment tools to measure student learning and progress. In her book, Kamentz provides many other examples of schools and districts using varied assessments beyond just standardized tests.

As a skilled doctor uses varied tools—tests, observations, conversation—to determine the health of a patient, when we take stock of our students’ learning and progress, we should, in my opinion, use multiple measures since no one tool can tell us all we need or want to know. I hope that policies related to assessments and accountability and discussions among parents and in the media about them will continue to shift towards considering a wider range of ways we can tell what students know and can do than just multiple choice tests. 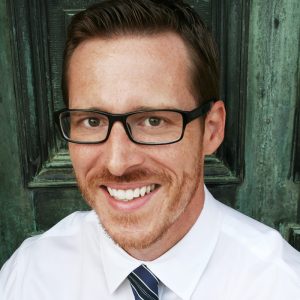 Matt Underwood is in his ninth year at the Atlanta Neighborhood Charter School (ANCS), a K-8 public charter school with 670 students in southeast Atlanta that was named 2015 Georgia “Charter School of the Year.” After serving as the Principal for the school’s middle campus from 2007-2013, he has been in the role of Executive Director since April 2011. As Executive Director, Mr. Underwood works with the school’s leadership team and Governing Board of Directors to carry out the school’s mission and strategic plan. Before ANCS, Mr. Underwood spent several years as a classroom teacher and advisor at middle and high schools in Illinois, Georgia, New York, and Massachusetts, including several years at the Francis W. Parker Charter Essential School in Devens, Massachusetts.
Matt writes a weekly column for his school community; “Beyond Bubbles” was adapted from a recent piece. More of Matt’s thoughts on education at ANCS and beyond are online at http://atlncs.org/underwood/.
Menu
Menu