In addition to the many workshops, networking sessions, and other opportunities for learning and connection, Fall Forum 2016 presents the following featured speakers and sessions.

CES Past and Future: A Legacy of Deeper Learning

In this interactive panel, we will examine the emergence of the Deeper Learning movement and its roots in Coalition of Essential Schools principles and practices. Educators from High Tech High, the High School for Recording Arts, the William and Flora Hewlett Foundation and Internationals Network for Public Schools will share their current work and reflect on its development as an outgrowth of progressive practice in general and the Coalition more directly. Panelists will include:

CES Past and Future: A Legacy of Deeper Learning will be moderated by Sam Seidel, author of Hip-Hop Genius: Remixing High School Education. 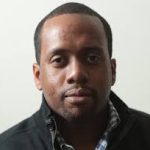 Math educator, writer, designer, and activist José Luis Vilson will share remarks before jumping into a lively conversation with the group that hits on the 10th Common Principle, Democracy and equity. We’ll talk about honoring diversity and building on the strength of communities, deliberately and explicitly challenging all forms of inequity, specifically in regards to race. José’s work truly embodies the legacy and new generation of the 10 common principles and uses social media to extend their reach. Participants will be encouraged to live Tweet throughout the session using #educolor.

José Luis Vilson is a math educator for a middle school in the Inwood / Washington Heights neighborhood of New York, NY. He graduated with a bachelor’s degree in computer science from Syracuse University and a master’s degree in mathematics education from the City College of New York. He’s also a committed writer, activist, web designer, and father.

His first solo project, This Is Not A Test: A New Narrative on Race, Class, and the Future of Education, was published by Haymarket Books in the Spring of 2014. He is the founder of EduColor, an coalition of teachers, parents, and other concerned citizens dedicated to the uplift of people of color in education. He has served as a board member on the Board of Directors for the Center for Teaching Quality and the president emeritus of the Latino Alumni Network of Syracuse University. He writes regularly for Edutopia and Progressive Magazine, and has contributed to The New York Times, CNN.com, Education Week, Huffington Post, and El Diario / La Prensa NY. He has also been featured at PBS, Mashable, Idealist, Chalkbeat NY, TakePart, Mother Jones, Manhattan Times, and the Fusion.

José  was named one of GOOD Inc.’s GOOD100 in 2013 of leaders changing their worlds and an Aspen Ideas Scholar in 2013. He has also spoken at TEDxNYED, Education Writers Association Annual Conference, Netroots Nation, the U.S. Department of Education, and the Save Our Schools March. His blog, TheJoseVilson.com, was named one of the top 25 Education Blogs by Scholastic, Education World, and University of Southern California Rossier School of Education’s Teach 100. He was also recently inducted into the Math for America Master Fellowship. 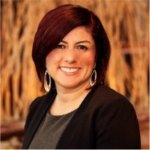 Nancy B. Guiterrez, Ed.L.D, CES Executive Board member and New York City Leadership Academy’s Chief Strategy Officer, will join José as discussion partner and facilitator. In her home community of San Jose, California, Nancy founded and served as the principal of Renaissance Academy, which remains the highest performing middle school in the district and a California Distinguished School. Nancy is a graduate of the inaugural cohort of the Harvard Graduate School of Education’s Doctor of Education Leadership (Ed.L.D.) program where during her tenure she served as a Teaching Fellow for Harvard’s School Leadership Program, a mentor for Harvard’s Latino Leadership Initiative, and as co-chair for Harvard’s Alumni of Color Conference. Nancy served as the executive director of advanced leadership strategy for the New York City Department of Education where she launched, designed, and facilitated a leadership institute for current and aspiring school district leaders that led to superintendent certification.

Nancy was named the UC Davis Rising Star and Association of California School Administrator’s Region 8 Middle School Principal of the Year in 2010 and the Harvard Ed.L.D. Class Marshal in 2013. Nancy is a graduate of the Association of Latino Administrators and Superintendents (ALAS) Superintendents Leadership Academy and serves as faculty for the Harvard Graduate School of Education’s Urban School Leaders & School Turnaround Leaders Institutes.

In the Beginning There Was…CES Founders Panel

The founding years of CES were heady and optimistic times, referred to by some as the Golden Years of the nation’s focus on high schools. The Founder’s Panel brings together an eclectic and accomplished group of CES “early days” stalwarts who worked with and distinguished Ted Sizer’s “big ideas.” Sure to be a rousing chat, offering attendees both a history lesson and implications for the future. Panelists include: 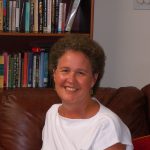 Dr. Linda Darling-Hammond—President and CEO of the Learning Policy Institute (LPI), Charles E. Ducommun Professor of Education Emeritus at Stanford University, and member of the Coalition of Essential Schools Executive Board—will share remarks on the political, policy, and school practice issues facing progressive educators at this historical moment. Following Dr. Darling-Hammond’s remarks, a panel will address the implications of ESSA for progress toward more productive teaching, curriculum, and assessment, looking at the issue from national and state perspectives, with remarks and questions from the audience.

CES Equity Conversation: What Are Our Equity Stories? What Are We Learning?

Grappling with equity has been an ongoing area of tension and growth for CES–and by extension, potentially for our students. With this panel, we will create space for that conversation to continue as educators representing a diverse spectrum of contexts share stories and discuss the role of equity in their practices and connections to their CES-influenced work.

Gregory Peters, Ed.D, Executive Director of the San Francisco Coalition of Essential Small Schools and CES Executive Board member, will moderate this conversation.

CES Equity Conversation: What Are Our Equity Stories? What Are We Learning?’s Fall Forum online schedule listing is here: http://sched.co/8hHx

The burning questions for so many of us are: how do we view CES’s impact and influence, and what’s next for the ideas and the energy that have emerged from the Coalition’s work? Come to listen, or share your experience, think about what you want to do individually and collaboratively, and discuss the ways that you envision coming together in the months and years to come. Ayla Gavins and Linda Nathan will lead this conversation. 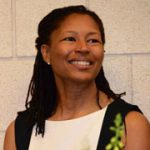 Ayla Gavins is the principal of the Mission Hill School, a K-8 public school in Boston’s Mission Hill district. She was one of the staff members selected for Mission Hill School and became its principal in 2006. Originally from a small town near the Pittsburgh area, Ayla began her education career in the Wayland (MA) Public Schools system, moving on to teach in Newton and then in Boston. 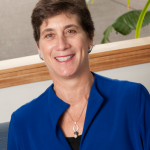 Linda Nathan, EdD, will lead this conversation. Linda is a CES Executive Board member and is the first Executive Director of the Center for Artistry and Scholarship (CAS). She oversees key programs, including the Creative Learning Schools Project and the Perrone-Sizer Institute for Creative Leadership. Linda was the Founding Headmaster of the Boston Arts Academy, Boston’s first public high school for the visual and performing arts. She was also the Co-Director of Fenway High School, one of the first pilot schools in the Boston Public Schools.

Join us at the Fall Forum closing session for parting words from educator, author, and CES Executive Board member Nancy Faust Sizer (and then onto a celebration of our 32 years of work, love, friendship, and joy!). Special appearances by Dennis Littky and the Extraordinary Rendition Band!
Nancy Faust Sizer taught high school history for 25 years. She then served as a co-teacher and coach at the Harvard Graduate School of Education. Nancy co-authored The Students Are Watching: Schools and the Moral Contract with Ted Sizer, and she wrote Crossing the Stage: Redesigning Senior Year. Also with Ted, Nancy was also the acting co-principal at the Parker Charter Essential School in Devens, MA. She is currently teaching a course on school reform at the Harvard Institute for Learning in Retirement. 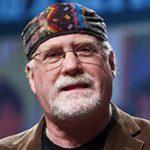 Dennis Littky is the co-founder and co-director of The Met School, co-founder of Big Picture Learning and founder and President of College Unbound. He is nationally known and celebrated for his extensive work in secondary education in urban, suburban, and rural settings, spanning over 40 years. As a principal at Thayer Junior/Senior High School in Winchester, N.H., Dennis led one of the first CES schools. In 2004, he wrote (along with Samantha Grabelle) The Big Picture: Education is Everyone’s Business.

The Extraordinary Rendition Band is a street band of brass, reeds and percussion from Providence that plays in support of select causes and events in an attempt to draw community attention.