When We Know Better, We Do Better: A Study of System Change in Humble, Texas 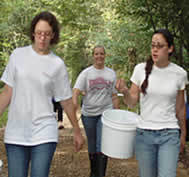 In the Humble Independent School District, the road to restructuring has become Highway 59, a refurbished highway running north from Houston. Connecting suburban Humble, Texas to Houston, it has encouraged significant growth in the affordable housing sector and corresponding demographic change for Humble, according to Assistant Superintendent for Learning Cecilia Hawkins. Highway 59 delivered sheer numerical expansion and a new diversity of students, characterized by more English language learners and students with varied levels of preparation for formal schooling. In response, in 2002 Humble passed a $230,000,000 bond measure to build Atascocita and Kingwood Park High Schools and redesign its existing elementary, middle, and high schools. Scheduled to open in 2006, Atascocita is designed to relieve severe overcrowding at Humble’s two currently jam-packed comprehensive high schools, Kingwood High School with 3,900 students and Humble High School with over 4,000 students. Kingwood Park will occupy a fully renovated existing building and open in 2007. As you think about those numbers, be aware that they keep on coming – the district anticipates 10,000 additional students within the next decade.

Bigger and Better
For many communities, simply keeping up with this precipitous growth would be an achievement. Humble employed the impetus of demographic change to create and enact a vision of meaningful, personalized and academically challenging teaching and learning. The 2002 bond measure was not, in fact, the first response to the community’s growth; a $217,000,000 bond measure was defeated earlier that year because it didn’t include plans for high school expansion and improvement, specifically the addition of new high schools to ease overcrowding. Knowing that this meant that they had to pay closer attention to concern about the community’s attention to the condition of the district’s high schools, Hawkins and her district colleagues created the High School of the Future Task Force, a community-wide conversation that led to a vision of challenging, engaging, personalized education and, ultimately, the 2002 funding measure.

The High School of the Future Task force succeeded in leveraging the community’s call for more high schools with its commitment to improved K-12 education. Inspired by its experience with the Coalition of Essential Schools and the Houston Annenberg Challenge (now the Houston A+ Challenge) through Quest High School, a 400-student CES Mentor School, Humble has not only put into place a process to remake its high schools but it has reorganized its entire district, creating vertical educational pathways for all students, planning backwards from high school through middle school and the elementary grades to create consistent communication and expectations from start to finish. “We knew we could not let this massive growth distract us from the core business of learning,” says Hawkins, who left Quest High School after four years as principal to take an assistant superintendent position leading the High School of the Future Task Force. In her current role, Hawkins oversees the attendance zone anchored by Humble High School, one of Humble’s three vertical educational pathways.

Economies of scale prevailed, and Atascocita High School will serve 2,400 students grouped in six houses, each a self-contained small learning community with its own leadership, professional learning community, and culture. The bond measure, which was followed by another in 2005, also provides funds to renovate all of Humble’s high schools to foster service learning integrated with academics, advisories, and other hallmarks of small, self-directed, collaborative, and academically challenging learning communities. When Kingwood Park High School joins Atascocita, Kingwood, Humble and Quest in the 2007, the district will complete a gradual rollout of an entirely remade high school experience. “Our political reality is that we can’t have schools of 500 students, but we can’t use excuse of largeness not to do our best work,” observes Paula Almond, Kingwood High School’s longtime principal. “When we know better, we do better.”

Lawrence Kohn, principal of Quest High School, stresses that the design of Atascocita and redesign of the existing high schools will create new school structures that will allow the district to achieve its goals of personalized, challenging, equitable education. “I know a lot of districts are doing conversions,” Kohn notes. “But I don’t know how many tear out the insides of the schools to create the structures so the culture can grow to support what we envision.”

Necessarily, the district redesign also affects positions and roles within the schools and central office. Kohn describes, “A principal and a counselor will be assigned to each small learning community. Rather than a typical assistant principal who does ‘books, butts, and buses,’ that role will shift to being a facilitator of learning for teachers. Those people will be instructional leaders, proactive as change agents, rather than seeing kids in trouble all day.” By focusing more intensely on academics, this role shift at the school level echoes the district-level changes produced by the district’s vertical pathway reorganization.

Quest is the Space Shuttle
Almond and Hawkins credit Quest High School as a catalyst for its vision and implementation of personalized, relevant, and challenging high schools. Almond describes Quest’s role in Star Trek terms. “People have said that Quest is a space shuttle, continually spanning the horizon for what’s new out there and Kingwood is the Starship Enterprise to which the space shuttle brings information and ideas.” Almond values an ongoing collaborative relationship between Quest and Kingwood, citing Quest’s frequent invitations to Kingwood personnel to the Fall Forum and other CES gatherings as well as intra-district conversation and influence. This local and national exposure to Coalition principles in practice established the necessary groundwork for Kingwood’s shift in teaching styles and accompanying new professional habits and demands. “We’re starting to see a culture shift which matches the research that says in a large school, change will take seven to ten years,” says Almond. “We have brought this to our school in tiny baby steps. People thought they didn’t have to change – our school was perceived as successful, but we weren’t serving students as well as we could or in the ways that the future demanded.”

District-Wide Culture of Learning
As a result of changed expectations for teachers, Almond describes some staff turnover, but believes that the kind of high schools Humble is creating will attract strong teaching candidates. As Texas teachers do not have collective bargaining, the union has not been a factor – positive or negative – in teachers’ input about their working conditions. In fact, Humble’s educational changes are very much “home grown” – the district has a strong history of creating compelling career paths for its long-time employees, thus preserving and effectively utilizing investments and knowledge. Quest principal Kohn was recently tapped to become Atascocita’s new principal, following in Hawkins’ tradition of taking innovation from Quest to scale in the district. Kingwood principal Almond is moving to an assistant superintendent slot, overseeing the vertically organized educational pathways anchored by Atascocita High School.

“We constantly have to be looking at changes happening in the district,” notes Assistant Superintendent Hawkins. One of Humble ISD characteristics is its habit of creating systems for preserving, analyzing, and making wise use of knowledge about its demographic, cultural, and other conditions that affect educational quality. “Demographics, standardized assessment, governance, more transportation needed because of special needs programs – we have to constantly be watching for those indicators,” Hawkins continues. “What are the implications of additional Hispanic students? What if our test scores are not in line with the 10-year trend of scores? What does this tell us about the nature of how we’re doing business? We know we need to evaluate those factors on a deeper level.”

Along with this central office habit of proactive, data-based decision making, principals Kohn and Almond attribute commitment to the recommendations of the High Schools of the Future Task Force as a key factor in the district’s educational revamp. “They are very visionary and not scared to take risks,” says Kohn. “Quest is a tremendous risk, and they have always supported us.” Kohn also cited as a crucial success factor Superintendent Dr. Guy Sconzo’s ability to stay in touch with the schools’ ongoing conditions and needs through a regular schedule of extended visits, open communication policy, and support for the district’s vision, which was in the process of development as Sconzo joined the district from the Oklahoma City interim superintendency. Almond agrees, noting, “When the people running the school district are learners also, you don’t have to worry about student achievement and learning – it will happen. Central office personnel and school board members in Humble are committed to their own learning.”

Embrace Resistance
The journey to schools that are thoroughly restructured for maximum personalization and relevant, challenging teaching and learning has, of course, had its frustrations, such as Humble’s 2001 refusal to pass the school funding bond measure. Some also may see the district’s commitment to small learning communities for most students – rather than small schools like Quest district-wide – as a compromise to the necessary demands of economies of scale. But the district has committed to using its challenges to evolve and inform its vision of what its schools should and can be. “I have a big sign in my office that says, ‘Embrace resistance.’ That philosophy,” reflects Paula Almond, “has helped us get where we are.”