Conditions for Small School Success in Boston: Lessons from the Pilot Schools 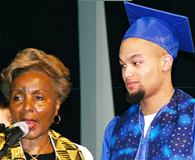 When the Boston Public Schools (BPS) open for business in the fall of 2005, 25 out of 34 Boston high schools each will enroll fewer than 500 students. Seven of those schools will be brand new, the results of the conversions of Hyde Park High School and West Roxbury High School. And the momentum to establish small schools in Boston remains strong, with clear district commitment to additional large high school conversions, an articulated vision of how small schools will increase student engagement and success, strong community and business partnerships, and funding for small school development from the Carnegie Corporation and the Bill & Melinda Gates Foundation.

Another factor, unique among cities using a small schools strategy to improve their high schools, is the existence of the Boston Pilot School Network. Boston is well known within the CES network for its Pilot schools, a group of 19 schools that model educational innovation and serve as sites for research and development for effective urban public schools. The Pilot school network is coordinated by the Center for Collaborative Education (CCE), CES’s Boston affiliate center. The Pilot Schools (which include two Horace Mann schools, district-sponsored charter schools that belong to the Pilot School network to share knowledge and benefits) have autonomy over budget, staffing, governance, curriculum, and the school calendar – autonomies that create the conditions the schools need to become the best places for teaching and learning for their unique communities. At the same time, they are full-fledged member of the Boston Public Schools district and educate the same cross-section of students that attend the rest of the city’s high schools. Their documented academic successes have helped them fulfill their mission of influencing district policy, and the proliferation of small schools in the city is an obvious result.

Can Small Schools Be Successful without Pilot Conditions?
A decade of effort to secure the autonomies that make possible the Pilot schools’ conditions for teaching and learning – not to mention the work of determining specific policies and relationships with the Boston Public Schools – has been challenging, detailed, and intense. Some policies have taken years to hammer out, and much of the work of negotiating with the district is, necessarily, ongoing. For many in Boston, this raises a question: how will the city’s new small schools be as successful as the Pilots if they aren’t in the Pilot school network and therefore don’t benefit from the Pilots’ autonomies? As Dan French, executive director of CCE, puts it, “How do you scale up while maintaining the integrity of the original concept and provide the intense support that pilots need?”

“A centralized, mandated reform process for all schools is antithetical to the Pilot philosophy. Urban school reform faces an uphill road unless schools get more control over their resources in exchange for increased school level accountability, with the teachers’ union and district recast in a service provider role for schools. Those are conditions they need – all schools should have access to Pilot conditions, even though not all may want those conditions,” continued French.

Larry Myatt, former headmaster of Fenway High School (a CES Mentor School and one of the first Pilot schools) currently works out of the Boston Public Schools Office of High School Renewal, also known as the Boston Small Schools Network. Assisted by partnerships with CCE, Jobs for the Future, the Boston Plan for Excellence, and the Boston Private Industry Council, the Office of High School Renewal coordinates and supports the work of the city’s existing and emerging small high schools. Myatt notes, “For so long, the district has been about standardization, consistency, and uniformity, and now, to some extent, the culture is shifting. I hear from some people that they are reluctant to relinquish control because they worry about their own ability to address, accommodate, and answer questions – but this is a human foible, a natural anxiety. Right now, each deputy superintendent has 50 schools to worry about. What do they care about when they go to the schools? They don’t get down to issues of organizational development, culture, or subtleties.”

Suggesting that that just as teachers personalize for students and principals personalize for teachers, districts should personalize for schools, Myatt acknowledges, “It’s hard at the district level to think of schools and their needs as idiosyncratic and differentiated, even though the district is building a portfolio of schools that respond to different student needs.” Even at Fenway, with its Pilot autonomies, Myatt and the school’s staff collided with the district’s attempts to serve all of the schools across the board rather than on an “each according to its own needs” basis. “In the mid-90s, Fenway High School assessed its technology needs and did training,” recalls Myatt. “The very next fall, the district came out with a technology initiative setting out what everyone should get trained in. There was no assessment of where the schools were at or what they needed. It was a great idea, but ended up being an example of how schools are either not ready or more than ready for what the district gears up to do.”

Boston Day and Evening Academy Head of School Meg Maccini advises small schools to be proactive and to understand their value in the system. “You have to form positive relationships, because it’s not like the district is out there looking for ways to make your life easier.” Boston Day and Evening Academy (BDEA), a Horace Mann charter school, is designed for students who are overage for their grade, parenting, dealing with obligations that make school attendance during customary hours challenging, or have otherwise not met success in more traditionally structured high schools. BDEA enrolls 190 students between the ages of 16 and 23. Maccini notes, “Boston Day and Evening Academy is a benefit to the district. We serve students for whom education hasn’t worked, and in all kinds of ways, we need flexibility. We take repeaters, disruptive students, and kids who are behind the 8-ball off the hands of the district; we take responsibility for them. The district sees the need for us and leaves us alone, but we can opt into district programs such as their programs for English Language Learners, a district hands-on chemistry science initiative, and free computers in the classrooms for technology education. There are so many neat things that go on in Boston, as long as you’re not mandated to do them if you know they won’t work with the population that you’re serving.”

Planning at the Capillary Level
In order for the Pilot schools to benefit from the relationship with the district that BDEA enjoys, French and Myatt describe the hard, slow, but eventually successful work of creating agreements and policies, work that Myatt describes as “planning at the capillary level. We built back policy so the relationship was productive rather than just benign neglect. What books to buy? What services to get? We created policies about course titles and curriculum.” In a similar vein, French describes crucial negotiations with the district to support narrative assessments that, as French says, “didn’t fit onto the district mainframe. District computer programs shouldn’t drive Pilot assessment. CCE and the Pilot schools collaborated with the district to engineer a fix that would support the assessment practices of the Pilot school within the district system.”

In another show of support to Pilot school practices, the district modified its graduation policy. Starting in 2005, graduates can follow one of three graduation pathways: 1. the traditional course sequence, 2. a modified sequence in which humanities courses equal standard English and history requirements, or, 3. as the policy states, “A school can develop its own list of required courses that meet state standards and are approved by the Boston Public Schools.” As Myatt says, “Thomas Payzant, our longtime superintendent, knows that we’re hemorrhaging kids of color. Kids are not being promoted due to over-reliance on tests and lockdown promotion standards, so we have 18-year old eighth graders. We wanted to cut through that with a more developmental policy that allows you to be promoted in the areas where you’ve demonstrated competence and allows more innovation at the school level. It’s the result of a couple of hard, slow, tedious years looking at data. The benefits are that the district trusts schools to remediate and get kids up to speed in all areas. Schools can embed values and collaborations into classrooms, and that’s what makes teachers passionate.”

However, the third graduation pathway allowing school innovation is currently open only to a select group of schools that includes the Pilot Schools, the Horace Mann charters, and any high school in the district that meets the criteria of adopting a set of competencies and graduation requirements and curriculum that meets or exceeds the rigor of the conventional district course sequence. This may include the newest small schools in the city that were created as the result of conversions as long as there is ample support to assist schools wanting to adopt the third graduation pathway. The worry, says Myatt, is that “the central office isn’t engaged at the capillary level to ensure that small schools aren’t big schools. The district still provides tools for large schools and uniformity.”

“It’s the conditions, not the specific tools and practices, that enable greater innovation to occur,” says French “It took the district a number of years to get that the primary lesson was the concept of providing schools maximum control over resources in exchange for increased accountability. Now the district is supportive of more schools voting to go Pilot. At same time, with the small high school rollout initiative, the district is beginning to recognize that there are some practices worth looking at: focusing the majority of resources on the core academic program, advisories, and more integrated curriculum.”

In response to the contrast between the Pilot schools’ autonomies and the more traditional district conditions into which the city’s newest small schools are emerging, French suggests that the new small schools will have to find ways to network and represent their needs to the district in unified ways. “In 1997, a CCE budget analysis demonstrated that six of our then nine schools were underfunded – that’s what prompted the Pilot schools to form a strong network and speak with one voice. And over time, the network has created allegiance and the opportunity to share practices through monthly leadership meetings, shared professional development, and Pilot school youth gatherings. And though there is still more work to do, we’ve developed district capacity to support school change.”

For more on the Boston Pilot/Horace Mann Schools Network, see the Center for Collaborative Education’s resources at www.ccebos.org/pilotschools/bostonpilotschools.html

The BPS High School Renewal and Boston Small Schools Network’s website provides a powerful collection of resources that describe the ongoing small schools work in Boston, including links to approved small school design proposals, detailed working documents, information about programs and initiatives, school profiles, and a wealth of other resources that would help any community seeking to create small schools. www.highschoolrenewal.org