Horace Talks with Ted Sizer: The History, Limitations, and Possibilities of School Districts 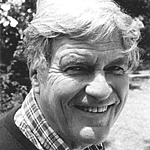 Ted Sizer, founder of the Coalition of Essential Schools and now its Chair Emeritus, discussed his frustrations with school districts as they typically operate with Jill Davidson, Horace‘s editor.

Horace: Do you believe that schools work better within systems than as islands?

Ted Sizer: Schools came before districts. Formal education in this country started in somebody’s kitchen, then somebody’s church, then a schoolhouse was built. Schooling was highly localized, familial, and, in many communities, closely associated with comparable emerging organizations. One has to ponder why these collections of schools started and at what point people (or some people, usually in government) felt that citizens needed to think more broadly, beyond merely a neighborhood school.

This is why Horace Mann is so important. He saw education, in part, as a state responsibility, transcending a local worthy end; and, in time, Mann had counterparts across the country, thereby, by the mid to late nineteenth century, transforming schooling from something that any and every family might desire to an institution that would serve democracy writ large. “System” as the One Best Way, however, is a modern concept. And some of us, now, say, “Really? Who says that schooling in a democracy has to be ‘systematically’ managed, wholly, uniformly so?”

Horace: Schools now are under tremendous pressure to “produce results.” What can districts do to shelter schools, to allow them to develop their cultures, practices, standards, and habits?

Sizer: District leaders should demand of each school clear goals, these within a broad district (and state) framework, and a sensible means to assure these goals. And districts (and state authorities) should sensitively inspect these schools on the basis of these goals. Again: there is strength in the inevitable tensions that arise from diversity.

Horace: So you don’t necessarily believe that schools work better within systems. Given your experience with Charter schools, what light does their existence shed on the workings of municipal or regional districts?

Sizer: In drafting our Charters here in Massachusetts, the law allows us to ignore the existence of districts. This is important, as many Massachusetts districts represent socioeconomic and racial enclaves. At Parker [Charter Essential School] and North Central [Charter Essential School], we draw kids from every quarter, not just inside a particular city’s or town’s limits. North Central is likely Fitchburg’s most ethnically and racially “integrated” public school. Parker kids come from over forty towns and small cities, representing the economic (if not the ethnic) diversity of the region. What Charters have the ability to provide are public school opportunities available regardless of where kids live. And we Charter administrators cannot control the process of student selection in any way, under the law.

Some of us believe that state systems should change to reflect this. [In 1999], the Education Commission of the States’ National Commission on Governing America’s Schools, of which I was a member, issued a report, “Governing America’s Schools: Changing the Rules.” Frank Newman, then head of ECS, had organized a very diverse commission, representing a broad sweep of political and educational points of view. The Commission recommended two “model systems,” one of publicly authorized, publicly funded and publicly operated schools – which is what we generally find in this country – and the second of publicly authorized, publicly funded, and independently operated schools. The fact that this politically diverse commission put forward both models as politically reasonable and educationally defensible notions suggested that there are far more reservations among political leaders about the status quo than generally is believed.

Horace: What would the second system, that of publicly authorized, publicly funded and independently operated schools, look like?

Sizer: Let’s start with “standards,” and assert that there must be high standard schools, no two of which necessarily look alike. There is danger in such diversity; but there is greater danger in autocratically imposed uniformity. Yet – as you and I know – we can go from one terrific school to another terrific school and realize that in many ways that these places – whatever “system” they represent – are often quite different. Of course, what central authorities say must happen may often morph in application. Most successful principals and teachers are magnificent breakers of the rules. They are wonderfully creative in the ways they choose to apologize when they get caught. These people are loath to spend their time fiddling what is – alas – all too often, an impossible, even mindless, system, however well intentioned. In a free democracy, within a broad framework of the common good, appropriate, democratically inspired differences are essential.